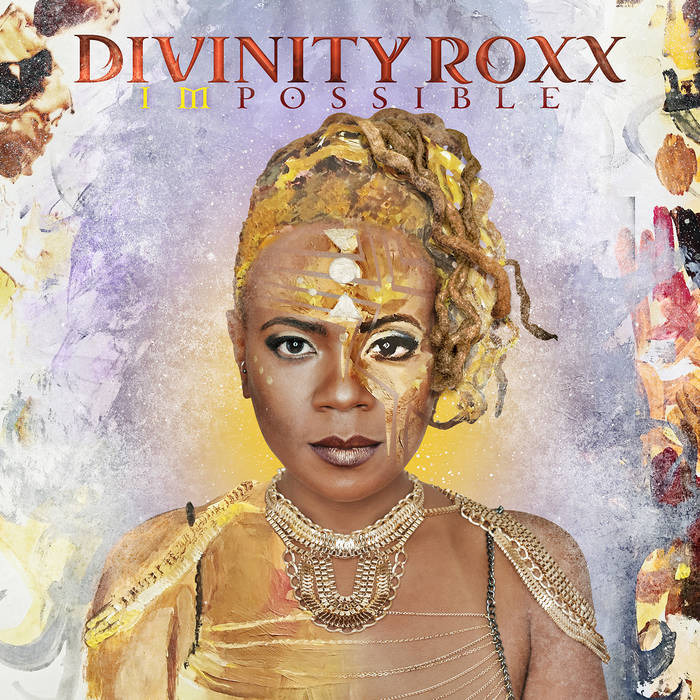 Jasper Klaaijsen It's is shows the different styles Divinity Roxx can play, she has an ability to surprise you with every song Favorite track: Stinger (So Real).

James Chatfield Divinity puts her heart and love into these tracks and shes produced a beautifully inspiring album, with some killa grooves! Favorite track: Just When U Think feat LD.

Steve Lawson I bought this through the Pledge campaign, last year. Finally it's on Bandcamp too, so I bought it again. One of my favourite albums in years. Music to feed your soul. Listen and buy. Favorite track: Break Down These Walls.

Divinity Roxx explores all things personal to a groove from start to finish on this album, ImPossible and gives you a glimpse into the mind of the bassist, songwriter, producer and woman known for holding down the low end for Beyonce as Musical Director and bassist for 5 years.

Divinity Roxx is an American recording artist, composer, and musician, with two solo albums (The Roxx Boxx Experience – 2012, ImPossible – 2016). In addition to her own work, she is well known for touring and performing with Beyoncé Knowles (2006–2011) as her bassist and Musical Director. Her 2016 release ‘ImPossible’ received an Independent Music Award for ‘Best Spoken Word Album’. ... more

Bandcamp Daily  your guide to the world of Bandcamp

Featuring Gary Bartz, 5 years of Rhythm Section Intl and an LP of the week by Nicolas Jaar